EDITORIAL - BMW, Daimler’s decision to merge their mobility services will offer them strong footing in the emerging segment 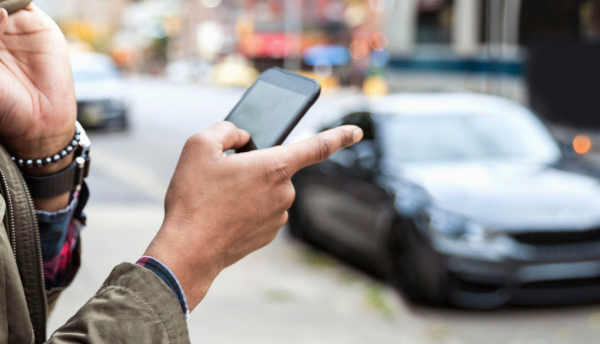 In the last week of March, BMW and Daimler announced plans to merge their mobility services business by forming a joint-venture (JV) company in which the two Germany-based automakers would have equal stake. Under the plan, the two automakers will combine their mobility businesses, including car-sharing, ride-hailing, parking, electric vehicle (EV) charging, and multimodal transportation. The planned merger is subjected to customary closing conditions, including regulatory approvals.

Under the agreement, Daimler plans to merge its car-sharing business car2go with BMW’s DriveNow to offer customers access to a combined fleet of 20,000 vehicles in 31 metropolitan areas around the world. In ride-hailing business, the proposed JV will include Daimler’s mytaxi, Chauffeur Privé, Clever Taxi, and Beat. Daimler will also combine its multi-modal transportation platform moovel with BMW’s ReachNow to provide customers with access to various modes of on-demand transportation. The Parking service will see consolidation of BMW’s ParkNow and Parkmobile, while in the EV charging business, the automaker will consolidate its ChargeNow and Digital Charging Solutions.

The two German automakers, which compete fiercely in their core-business of producing and selling vehicles, took several strategic decisions in the past few months that fueled speculations in media that they are heading towards a potential merger of their mobility services business. In the beginning of this year, for example, BMW acquired car rental firm Sixt’s stake in DriveNow. BMW and Sixt had started DriveNow car-sharing business as 50:50 JV in 2011. BMW also acquired Parkmobile, a major player in digital parking service in the United States with presence in 300 cities. Daimler also consolidated its mobility services business by acquiring Eurocar’s 25% stake in car2go Europe. Last year, the German automaker decided to merge car2go and Car2Share operations in China.

Daimler and BMW have been early movers among automakers when it comes to new mobility services. Daimler took its initial steps toward mobility services nearly a decade ago with the launch of its car-sharing service car2go. The automaker claims to be the market leader in the car-sharing business with car2go, which has presence in 26 locations in eight countries across Europe, North America and Asia. Currently, car2go has 3 million customers, who can access 14,000 vehicles of smart and Mercedes-Benz brands. After gaining a strong presence in Europe and North America, car2go entered Chinese car-sharing market in April 2016. The company currently operates in Chongqing, where its fleet comprises 600 vehicles.

The automaker also moved fast in other popular mode of new mobility services, ride-hailing. In 2016, Daimler strengthened its presence in the ride-hailing services in Europe by merging mytaxi and Hailo. Last year, the automaker further expanded its presence in the segment by acquiring Greece-based app-based taxi service provider, Taxibeat. Daimler is also into multi-modal mobility segment through its moovel platform. The company’s moovel app helps users find the best and least expensive way to commute from point A to B. In Germany, for example, moovel app combines local public transport, car-sharing company car2go, app-based cab service mytaxi, rented bicycles and German railroad system Deutsche Bhan. A user can book these services and make payment via moovel app. Overall, Daimler claims to serve 17.8 million customers through its various mobility services in more than 100 cities worldwide.

BMW forayed into car-sharing business with DriveNow in 2011. DriveNow is now available in 13 cities in Europe, including five cities in Germany, with a fleet of more than 6,000 BMW and Mini vehicles. Outside Germany, the service in available in European cities such as Vienna, Brussels, Milan, Stockholm, Copenhagen, Lisbon, Helsinki and London. At the end of 2017, DriveNow claimed to have 1 million registered users in Europe. BMW entered the US car-sharing market through setting up ReachNow in 2016. The automaker currently operates in three US cities—Brooklyn, Seattle, Portland. In the United States, ReachNow has more than 80,000 customers, who have seamless access to the company’s fleet of more than 1,300 BMW and Mini vehicles.

Daimler has significantly expanded its presence in mobility services in the past one year. In September 2017, Daimler Mobility Services, which is responsible for the German automaker’s all mobility services, acquired 50% stake in Chauffer Prive, a French company that operates app-based private hire vehicle service with more than 1.5 million customers and 18,000 drivers in France. During the year, Daimler Mobility Services along with South Korea’s SK Holdings, co-led USD92 million financing round at the US-based peer-to-peer car sharing start-up Turo. Daimler agreed to merge its Croove peer-to-peer car sharing platform, which currently has operations in Berlin and other German cities, with Turo. The move is expected to help Turo expand presence in Europe. Daimler Mobility Services also participated in a USD150 million funding round at Careem, the UAE-based ride-hailing company which has operations in 80 cities in the Middle-East, North Africa and South Asia.

The proposed merger of Daimler and BMW’s mobility service platforms is expected to offer the combined business greater scale to compete in the fast-growing mobility service industry. For example, the merger car2go and DriveNow will further consolidates ca2go’s presence in car-sharing business in key markets of North America, enhancing the company’s ability to compete with the likes of Zipcar. The US-based car-sharing company claims to operate in urban areas and university campuses in over 500 cities and towns in North and South America, Europe and Asia.

The proposed merger will also provide BMW and Daimler with access to new market segments in the mobility services space. For example, currently BMW has no presence in ride-hailing service, but Daimler has strong presence in the segment through mytaxi. At the end of 2017, Daimler’s mytaxi app had 120,000 registered taxi drivers in 70 cities in Europe and South America with 11.1 million users. Similarly, BMW has strong presence in parking services through ParkNow and Parkmobile and in EV charging through ChargeNow and Digital Charging Solutions. Daimler currently has no presence in these two areas.

Throwing some light on the rationale behind the proposed merger, Dieter Zetsche, chairman of Daimler and head of Mercedes-Benz, said in a statement, “As pioneers in automotive engineering, we will not leave the task of shaping future urban mobility to others. There will be more people than ever before without a car who will still want to be extremely mobile. We want to combine our expertise and experience to develop a unique, sustainable ecosystem for urban mobility.”

Automakers look at car-sharing and ride-hailing as key platforms for deploying electric vehicles (EV) and autonomous vehicles. Daimler has extensively deployed smart electric cars in its car2go network globally. Similarly, BMW has deployed its i3 electric car in DriveNow in Europe and ReachNow in the United States. Under their partnership, the two German automakers are expected to deploy more EVs in such services in the future. Adding EVs in mobility services can help the proposed JV reduce operating costs and improve margin. The EVs used in car-sharing and ride-hailing can also benefit from strong network of charging infrastructure through BMW’s ChargeNow and Digital Charging Solutions.

The planned merger is expected to offer BMW and Daimler more teeth to compete in technology-driven new mobility services industry. While both BMW and Daimler are focusing on autonomous driving, BMW appears to be relatively more aggressive in pursuing technology development in this sector. The automaker is collaborating with Intel and Mobileye on developing necessary systems and solutions that enable highly- and fully autonomous driving. BMW aims to introduce such systems and solutions in a series production vehicle by 2021. The automaker’s iNEXT will be the foundation of its autonomous driving strategy. BMW is likely to launch its fully autonomous vehicle in public use such as ride-hailing before the automaker begins selling such vehicles to private consumers. Daimler is working on autonomous driving and plans to launch Level 3 self-driving cars by 2020.

This is not the first time that BMW and Daimler, who fiercely compete in their core business of producing and selling vehicles, have joined hands to collaborate in other areas. In 2015, the two automakers along with the third rival Audi acquired HERE Technologies from Nokia for EUR2.8 billion (USD3.1 billion). HERE specializes in mapping and location services which is expected to play vital role in future connected and autonomous vehicles. BMW and Daimler are also cooperating in area of joint purchasing of components for past 10 years.

The growing popularity of new mobility services such as car-sharing and ride-hailing is challenging the century-old concept of vehicle ownership. The proposed merger of their mobility businesses underlines the fact that Daimler and BMW clearly foresee a future where car ownership will fall. Though the planned partnership is expected to catapult the two German automakers as a major mobility services provider globally, it remains to be seen how efficiently they will integrate the varied mobility services platforms available with them currently.