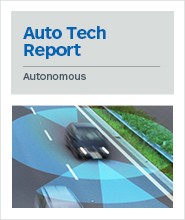 Autonomous driving technology is probably the hottest topic in the automotive industry, with much of the credit going to Google due to tremendous press coverage and resulting interest across automotive OEMs, suppliers, technology industry, and consumers. There are two distinct strategies for developing self-driving cars. The evolutionary strategy continues on the current path of improving ADAS to partial self-driving and then to full self-driving cars. The automotive OEMs and their suppliers are using this strategy. The more revolutionary strategy is to go directly to driverless cars that have no driver controls. Google is the main proponent of this strategy, but Uber has started its own R&D to get on a similar path.