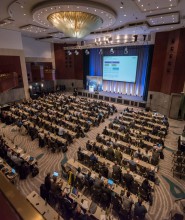 The consensus in the automotive industry is that Ethernet networks will be an inevitable and essential ingredient enabling networks to manage the huge dataflows needed in modern connected electrified and self-driving cars.

As with most new developments, it often takes much longer than anyone expects to adopt, while incumbent technology also has a habit of not waiting to be replaced, especially for cost-efficient networks. Meanwhile other, newer technologies like SerDes links and plastic optical fiber are also trying to carve out a play for specific networking applications, which also adds to the diversity of an already busy network architecture.

The variation of in-vehicle network (IVN) is expected to migrate from today’s largely distributed, one feature per ECU arrangement to one of consolidated computing. Simply put, there is a trend to convert the car to a Smartphone, with separate hardware and software needing higher computing power, larger storage and more fixed hardware.

This will happen as the ECUs transition to higher functionality domain controllers and eventually to zonal controllers—centralized (and scalable) high power computer “servers” communicating with sensors and actuators at peripheries or zones via high speed links.

These and other themes were the major discussion points of the Automotive Ethernet Congress 2020—the 6th meeting of its kind taking place since the first in 2015. The meeting took place before the full ramifications of Corona virus had emerged, and still over 850 visitors spent a very cautious two days in Munich’s Westin Grand Hotel on 12th and 13th of February.