A supply shortage in semiconductors for the automotive market is expected to cause temporary disruption, but suppliers expect to absorb the demand based on the car production forecast for 2021. 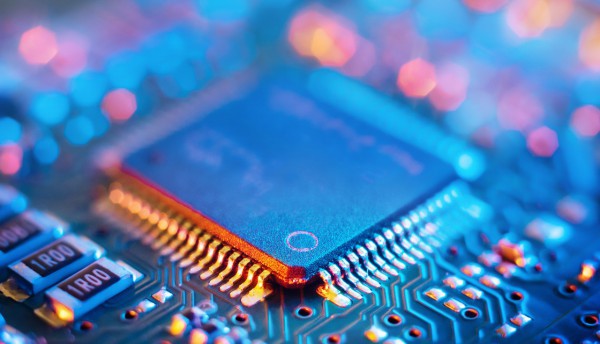 With demand falling for most part of 2020 due to the COVID-19 pandemic, carmakers and tier-1 suppliers have reduced their inventory. Automotive semiconductor vendors have canceled orders to external foundries, while internal capacity was halted or slowed either intentionally or as a result of reduced labor availability due to the pandemic.

However, with industries opening up in the last couple of months and automotive demand increasing, there are signs of disruption in the supply chain. Last week, German tier-1 suppliers Continental and Bosch, as well as carmaker Volkswagen, had stated that a dearth of semiconductors could affect vehicle production in the world’s biggest car market, mainland China. According to an investigation conducted by China Association of Automobile Manufacturers (CAAM), there will be a “relatively big impact” in production at some automotive companies in the first three months of 2021 owing to the shortage in semiconductor supply. Top chipmakers, including Infineon Technologies and NXP Semiconductors, have also acknowledged this shortage, with the latter reportedly set to raise pricing on all products to meet demand. Shortage of chips has been reported, such as for Electronic Stability Program (ESP) and engine control units (ECUs). Recently, Bosch said in a press statement that it had been affected by a “severe supply shortage” for imported microcontrollers, leading to reduced ability to deliver to the automotive market demand in India.

There were early indications in the third quarter of 2020 that the automotive industry was beginning to recover. By the fourth quarter, it became apparent that although recoveries lagged in certain segments, the growth in the automotive market was underway. Major OEMs began ramping up production. Toyota’s global production for September grew 11.7% compared with a year earlier. Not only was this the Japanese automaker’s first production increase in nine months, it was also the highest level in Toyota’s history for the month of September.

However, after a prolonged period of slowdowns, shutdowns, and shifting priorities, the supply chain’s response to this recovery is beginning to show signs of stress. In discussions with suppliers, IHS Markit found out that the demand for semiconductors in the final quarter of 2020 increased at a stronger-than-expected rate. The increase in production of new smartphones leveraging 5G capabilities and the recent introduction of new gaming platforms, including Sony’s PlayStation 5 and Microsoft’s Xbox Series X, resulted in these segments consuming the front-end capacity available due to earlier cancelations by automotive manufacturers. Adding to it, with Christmas and Chinese New Year coming up, spare capacity is in short supply, especially at the external foundries. Bosch had in a press statement said that due to increased safety and hygiene sentiments, as well as the growth of the 5G market, there has been a surge in global demand of semiconductors for consumer electronics.

A return to normalcy?

According to Phil Amsrud, a senior principal analyst with IHS Markit, “The current challenges are not structural problems that require capital expenditure increases to fix, these are a result of a perfect storm of non-automotive segments consuming wafer fab capacity with new products before the holidays.”  With Intel’s historic order with Taiwan Semiconductor Manufacturing Company (TSMC) before the automotive recovery began taking shape, coupled that with automotive customers having to share the highest priorities with other segments, it appears that the first half of 2021 will be a difficult period for the industry.”

What can be done to overcome the supply issues? Some suppliers are reconsidering their internal wafer capabilities and priorities and looking at options to bring some of the production back in house because of the foundries’ constraints. Raising prices is also an option for some suppliers, but the circumstances are a bit complicated with the 2021 contracts just starting. The suppliers are also looking to lock down longer commitments from customers, which would provide long-term visibility for capacity planning and minimize risk of suppliers being stuck building risk inventory.

“The challenges will remain until lead times begin to decrease to less than 26 weeks and become in line with the usual 12–16 weeks for MCUs [microcontrollers] and SoCs,” said Amsrud. He added, “The effect of this increase in lead time will affect MCUs and SoCs compared with other product types because MCUs have proprietary architectures and are therefore difficult to move from one supplier to another. On the other hand, memories, standard logic, discretes, and power devices usually have multiple qualified suppliers.”

Currently, there are no signs of an upcoming long-term allocation crisis. The real risk for an allocation crisis to develop like in that 2010 is if tier-1 suppliers and automakers begin panicking when faced with an extended lead time and order more than what is required. Inflated orders would result in suppliers misinterpreting the actual demand, which could lead to a significant imbalance between demand and supply. It could lead to more shortages in the first half of fiscal 2021, especially for multipurpose chips such as microcontrollers and that would lead to an inventory correction to absorb all the excess chip production in the second half of 2021.  Popular vehicles, such as pickups and sport utility vehicles (SUVs), are at the greatest risk for being affected.

Semiconductor suppliers have told IHS Markit that they should be able to absorb the demand based on the car production forecast over the course of 2021. Despite lead time significantly increasing, there are likely to be only few anecdotal episodes of shortages on high-demand vehicles such as pickup trucks in the US and not industry-wide disruptions.