Even if Britain manages to secure a zero-tariff deal with the European Union (EU), UK-based OEMs face the threat of tariffs imposed on vehicles that fail to meet local content requirement (LCRs) in the post-Brexit transition period, which begins on January 1st 2021. 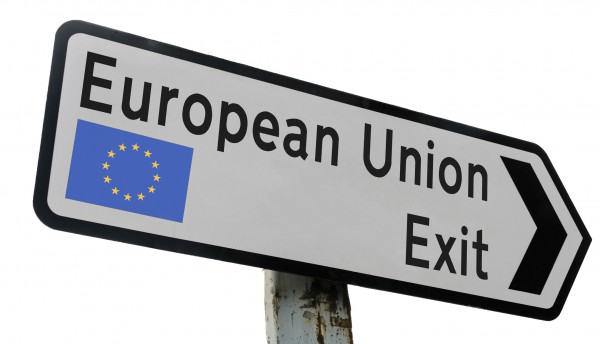 The EU has rejected calls from Brexit’s chief negotiator Lord David Frost to include components as ‘local content’ if they imported from countries with which both the EU and the UK have trade deals with or are in the processing of finalizing, such as Japan and Turkey.

Under this so-called cumulation scheme – which is typical in bilateral trade agreements – UK-based OEMs exporting their vehicles to the EU will be subject to tariffs averaging at 10% on vehicles and nearly 5% on components if they fail to achieve a local content threshold that is often set at 50-55%.

More than half of the vehicles made in the UK are exported to the EU, and eight out 10 British vehicles are exported worldwide. While only around 15% of automotive components for UK-manufactured vehicles are sourced from outside of the EU, this percentage varies wildly for the different OEMs and even for the line-up of vehicles produced by a carmaker in the same facility. It could become critical for some nameplates to achieve the LCR under typical bilateral agreements. Should no agreement be achieved, the UK will trade on WTO (World Trade Organization) terms with individual countries.

Nissan and Toyota are among the OEMs more likely to be exposed to the outcome of this negotiation on rules, as they tend to rely on more non-EU parts for their UK-produced vehicles like the Nissan Leaf and Toyota Corolla. These include an array of powertrain components from their home market of Japan, as well as wiring harnesses from Morocco and HVAC control panels from Thailand, according to IHS Markit data.

Low local content rates have been a characteristic of most UK-based OEM plants, given the frictionless and vast availability of suppliers in continental Europe. Some OEMs have also built a dependency on non-EU parts over time, mostly for ease of sourcing such as the presence of supplier relationships in the source countries. Such markets were also covered under a Free Trade Agreement (FTA) or other type of bilateral trade agreement, which effectively discouraged these OEMs to seek alternative sources in the UK.

Grupo Antolin’s Ototrim subsidiary based in Turkey is one of these suppliers, manufacturing sunvisors, headliner coverings, door panels and plastic injection parts – and holds contracts for the likes of Toyota and the Renault-Nissan-Mitsubishi alliance. Federal-Mogul Turkey is also a large supplier of pistons to European carmakers, including JLR in Solihull and PSA in Luton.

Nissan, for example, only sources a quarter of its components from the UK for its Qashqai and Juke – and 60% in total from the EU on average. It also manufactures the fully electric Leaf at its Sunderland facility, which has a slightly higher local content rate; however, has a significant dependency on parts sourced from Japan and other countries in Asia (see car cutaway).

The Toyota Corolla made at its plant in Burnaston also has a small UK supply base, with an estimated 10% of components sourced from the country and an overall EU-sourced content rate at around 55%.

Toyota boasts the highest levels of vertical integration of its components industry-wide, but this means that much of these parts are exported from Japan to its various vehicle production facilities worldwide, such as its e-motors. Denso – a supplier that the OEM has 25% stake in – also provides such components as inverters and battery management systems from Japan to the UK plant.

Significantly, the OEM’s battery cells are provided by its Primearth EV Energy company based in Japan. It is the single largest supplier of the component to the UK – more than all other global suppliers combined in 2019.

Of the EUR5 billion annual purchasing budget Toyota Motor Europe has at its disposal, IHS Markit estimates that around EUR800 million is assigned to its UK vehicle production. Of this, just over EUR100 million worth of components business is sourced from Japan and more than EUR350 million from outside the EU.

Nissan are less exposed in this regard as its Envision AESC supplier’s battery cell plant is based in Sunderland with the sole remit to supply the Leaf. It is currently the largest volume manufacturer of the component in the UK at around 10 million units in 2020. However, it has been reported that the EU may provide more flexibility when it comes to battery LCRs as Europe lacks self-sufficiency in cell production.

The possibility of a no-deal Brexit is estimated to be only 35% likely, according to IHS Markit’s Economics and Country Risk team; however, even if a deal is achieved for vehicles and parts, a lot of the impact will be decided by complex rules of origin regulations designed to avoid trade deflection. This is where countries not part of a bilateral trade agreement (for example, China or Malaysia) may circumvent higher tariffs of a final destination country (like Germany or any other EU country) by routing via one intermediate country (such as the UK) that has a trade agreement with the final destination country.

Matteo Fini, executive director for IHS Markit’s Automotive Supply Chain and Technology division, said: “Even if a deal is reached, convoluted value-add calculations and change in tariff classification [for goods transformation] are required in order to establish the amount of value-add content in a vehicle that can be deemed domestic.

“Without special provisions, it is clear that some vehicles are at risk, particularly electric vehicles. Even if battery packs, modules and cells are produced in the EU or the UK, raw materials are not available in the quantities and the quality required for automotive manufacturing, so it will be impossible to consider those subsystems in the local content cumulation.”

Consequently, there is a high chance of tariffs being imposed on vehicles assembled in the UK and exported to the EU should Britain not be able to secure the classification of Japan and Turkey’s components as ‘local UK content’.

Needless to say, this puts British-made vehicles at a competitive disadvantage compared to its EU counterparts and is yet another blow for UK-based OEMs that have strongly relayed their concerns regarding an unfavorable Brexit deal. Toyota has already threatened to ramp down its light vehicle production in Burnaston by 2023 in a no-deal Brexit outcome, while Honda has confirmed the closure of its Swindon plant in 2022 resulting in the loss of 3,500 jobs.

Mike Hawes, chief executive of the SMMT (Society of Motor Manufacturers and Traders) said of the issue: “The UK government has repeatedly expressed support for our automotive industry as the nation’s biggest exporter of goods.

“Given its importance to the economy and livelihoods and the damaging consequences of tariffs, we need the sector prioritized in negotiations, not traded off against other industries. Any agreement must work for automotive, so we need both sides to strike a deal that safeguards the global competitiveness of the sector and consumer choice in the market.”

Fini added: “This remains a tense negotiation, and uncertainty remains on the finer details that can entirely change the red tape burden and costs for manufacturers. For example, whether value added calculations would be acceptable at nameplate level or at trim level.

“It is also unclear if a duty drawback mechanism would be allowed, which proved quite controversial for the South Korea-EU FTA. I can see even further areas of contention as the two parties go through this process.”

To counterbalance the uncertainty of the negotiation, more automotive component suppliers are considering setting up facilities in the UK to further improve just-in-time production and benefit from having a local presence. In the last three years, more than GBP2 billion of investment has been made in the country by these companies and several OEMs have revealed plans to increase local UK sourcing by over GBP3 billion (USD3.9bn).

“Several OEM purchasing departments have been trying to convince suppliers to set up shop in the UK to gain more of natural edge by increasing the share of UK-sourced parts, but this takes time and has been historically difficult given then lack of scale of UK operations before Brexit and even less so after the Brexit transition period,” said Fini. “I suspect many suppliers will be thinking twice before committing to an investment in a post-Brexit UK.”