Does the acquisition of Arm give NVIDIA the keys to autonomous driving?

Given the extensive investments by OEMs and tier 1s in Arm core-based hardware-software architectures, and Arm’s extensive CPU IP expertise, the battle lines in autonomy between NVIDIA and Mobileye/Intel will be redrawn. 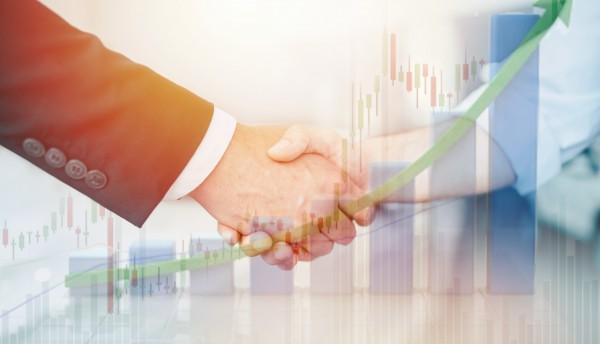 There are reasons to continue supporting Arm after the acquisition just as before, and NVIDIA says it plans to continue to support Arm’s business model and that overall Arm IP is shipped in the tens of billions of integrated circuits (ICs) annually, whereas NVIDIA ships about 100 million ICs. Continuing the Arm model could also allow NVIDIA to expand the reach of its GPU IP, assuming others are willing to use its CUDA platform. So, that would be another source of revenue for NVIDIA for maintaining the status quo. Additionally, continuing to support the automotive semiconductor suppliers allows NVIDIA’s reach in that segment to go beyond autonomous driving applications. To put the automotive impact into context, NVIDIA’s fiscal second-quarter automotive revenue was USD111 million, which is 2.87% of its total revenue (USD3.9 billion) for the quarter. This acquisition will impact automotive, but that may not have been the primary reason NVIDIA announced it is acquiring Arm.

What are some of the possible consequences of this development for the rest of the automotive system-on-chip (SoC) suppliers and their customers? Assuming NVIDIA’s focus remains primarily on autonomy, Arm cores can be used in powertrain, advanced driver assistance systems (ADAS) applications, and other applications outside of infotainment and autonomy, without any direct competitive pressure from or to NVIDIA. Given the investments that OEMs and tier 1s have made in Arm-based solutions, they will do everything they can to keep that core viable and available. The automotive industry has made a significant software investment in Arm’s architectures and they will not allow that investment to be wasted.

Given that most of the OEMs and tier 1s are using Arm cores today and are on their roadmaps for the future, it would be difficult to change from that architecture. From a competitiveness standpoint, NVIDIA would benefit little by squeezing out all the other automotive semiconductor suppliers. The size of the 2019 automotive SoC market is USD3.3 billion, of which NVIDIA has about a 10% market share, mostly in infotainment, which is less of an area of focus than autonomy in the future for NVIDIA. If NVIDIA limited access to Arm cores for the rest of the automotive semiconductor suppliers to strengthen its position in autonomy, it would be at the expense of all the other automotive applications moving to Arm, and its customers would work hard to prevent this. If successful, NVIDIA’s main competitor would be Mobileye/Intel. Against Mobileye/Intel, NVIDIA benefits by there being more users of Arm to keep the ecosystem healthy, which is one of the reasons Arm has been successful in automotive in the first place.

In the longer term, NVIDIA’s acquisition of Arm may give impetus for semiconductor suppliers to revisit the RISC-V open architecture as an alternative core. Alternatively, perhaps MIPS or X86 architectures are looked to as a solution beyond Mobileye/Intel. Both options existed before this acquisition as well. As the accompanying graphic demonstrates, the attraction of Arm is that multiple suppliers use it, which is one of the reasons the ecosystem is extensive. It is an advantage to NVIDIA to continue this use, so making the Arm core available to competitors makes sense. Likewise, making the Arm core available should extend the reach of NVIDIA’s GPU. Again, making the GPU available could become another IP revenue stream. Lastly, having multiple suppliers on the Arm core could allow NVIDIA to focus on autonomy applications yet still obtain revenue from allowing other semiconductor suppliers to focus on ADAS applications that are of less interest to NVIDIA.

Regarding autonomous driving specifically, there has been a division between the Mobileye/Intel camp and the NVIDIA camp. Granted, high-performance SoC suppliers like Qualcomm and Samsung have the capability to expand the competitors, and NXP moving to five-nanometer technology should enable it to enter the fray as well. Removing the semiconductor names in the accompanying chart reveals that before and after NVIDIA’s announcement, the core architectures in autonomous driving and even ADAS are essentially Arm and MIPS/X86. Tesla’s own silicon is Arm based. So, the architectural competition between Arm and MIPS/X86 does not change this landscape. Unless a new architecture gets traction, the previous battle lines in autonomy between Mobileye/Intel and NVIDIA are redrawn and a line develops between MIPS/X86 and Arm architectures.

NVIDIA’s automotive semiconductor competitors will not be thrilled by the acquisition because it brings uncertainty and changes the status quo. However, the trend of software being more the differentiator than hardware has been ongoing, and this development does not materially change that. Undoubtedly, there will be renewed interest in cores beyond Arm. Perhaps NVIDIA acquiring Arm will make it easier for OEMs that want to develop their own SoCs, because NVIDIA can offer both IP and silicon development. Of course, that all requires the initial dust to settle and the regulatory issues to become clearer.