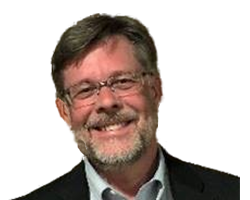 Phil is a senior principal analyst at IHS Markit, covering the automotive semiconductor market in general with a special focus on advanced driver-assistance systems (ADAS) and autonomous driving technologies.

Phil began his career in automotive electronics as a design engineer at GM on their ABS systems. From there he joined Motorola Semiconductor Products Sector supporting Delphi Electronics then became part of Freescale Semiconductor that was spun off from Motorola. At Freescale, he managed the field sales and application engineers supporting Continental Automotive.

After obtaining a master's in business, Phil joined ON Semiconductor and was responsible for field sales and applications team in the Americas region supporting Continental Automotive. Phil also served as a new business development manager for the Americas at BAE Systems/Fairchild Imaging prior to joining IHS Markit.

Phil holds both a Bachelor of Science in Electrical Engineering and a Master of Science in Business degrees from the University of Wisconsin-Madison, US.