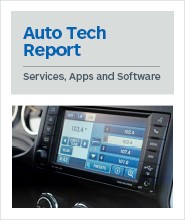 Usage-based insurance (UBI), also known as insurance telematics, is a result of the technological revolution that is increasingly being called the Internet of Things (IoT). The picture of the insurance telematics ecosystem that has emerged from conversations with more than 40 industry executives is of a landscape in transition and robust expansion.

Delivery will comprise of the report and an excel spreadsheet of UBI forecasts by region, with projections from 2015 to 2023.

The IHS Usage Based Insurance Report is based on more than 40 interviews from across the value chain, from insurance carriers, data aggregators, telecommunications companies, to automotive OEMs. More than 70 companies are mentioned throughout the report as it offers a comprehensive review of the business models, barriers to uptake, market drivers, case studies, pilot programs, value propositions and device debates.

The forecast section is regional and country level, based on IHS Automotive forecasts which include Passenger Cars (PC) as well as Light Commercial Vehicles (LCV). UBI attach rates as the share of autos in-use with UBI-based insurance policies, as well as UBI subscriber numbers and UBI growth rates are provided.

The future of UBI