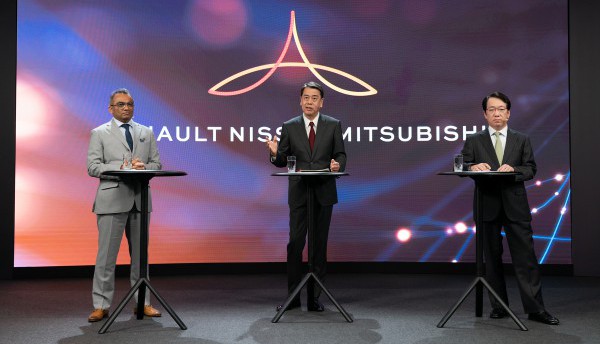 The Renault-Nissan-Mitsubishi Alliance plans to jointly invest EUR23 billion (USD25.71 billion) over the next five years on developing electric and connected vehicles, the three companies said in a joint announcement on 27 January 2022. Notably, the Alliance has already invested more than EUR10 billion (USD11.18 billion) in developing and manufacturing electric vehicles (EVs). The three companies together operate 15 plants, which already produce parts, motors, and batteries for 10 EV models that are currently produced and sold in key markets such as Europe, Japan, US, and mainland China, according to the official note.

The proposed investment of USD25.71 billion is part of the Alliance’s common 2030 roadmap, which entails introduction of 35 new EVs by 2030. According to the company, 90% of the planned EV portfolio will be built on five common EV platforms:

a) CMF-AEV, which would be the most affordable platform and will power the new Dacia Spring

d) The flexible CMF-EV platform, which will power the Nissan Ariya EV crossover and Renault Megane E-Tech Electric. These EVs are expected to be launched soon. According to the company, the CMF-EV platform, with its technological innovations and modularity, is a benchmark platform for a new generation of EVs for the Alliance partners. “The platform has been created to integrate and optimize all the elements specific to a 100% electric powertrain, hosting a new, high-performance motor and an ultra-thin battery,” the Alliance said in its official note, adding that by 2030, more than 15 models will be based on the CMF-EV platform. The CMF-EV platform alone will power up to 1.5 million EVs that would be produced annually, as per the company plans.

e) CMF-BEV, also touted as the most competitive compact electric platform in the world by the Alliance, will be launched in 2024. According to the company, the CMF-BEV is capable of providing a driving range of up to 400 kms and its efficiently designed aerodynamics could help in reducing cost by 33% and power consumption by more than 10% compared with the current Renault ZOE. The Alliance expects that the CMF-BEV will be the base platform for about 250,000 EVs annually under the Renault, Alpine, and Nissan brands. The planned Renault R5 and the new compact EV that will replace the Nissan Micra will be built on this platform, the company said.

Significance: Commenting on the shared EV roadmap and new investments, the Alliance chairman Jean-Dominique Senard said, “The Alliance is accelerating to lead the mobility revolution and deliver more value to customers, our people, our shareholders, and all our stakeholders. The three member-companies have defined a common roadmap towards 2030, sharing investments in future electrification and connectivity projects. These are massive investments that none of the three companies could make alone. Together, we are making the difference for a new and global sustainable future; the Alliance becoming carbon neutral by 2050.”

In its key announcement, the Alliance also elaborated on the smart product differentiation strategy implemented. The Alliance members have developed a “smart differentiation” methodology, which entails defining the desired level of commonality across vehicles while supplementing it with a strict approach to design and upper-body differentiation. The scope of commonality between vehicles includes integration of several parameters such as platforms, production plants, powertrains, or vehicle segment. According to the Alliance, the common platform for the C- and D-segments will carry five models from three brands—Nissan Qashqai and X-Trail, Mitsubishi Outlander, Renault Austral, and an upcoming seven-seater sport utility vehicle (SUV).

“Strengthening this process, the Alliance members will enhance usage of common platforms in the coming years from current 60% to more than 80% of its combined 90 models in 2026,” the note said, adding that this strategy will allow each company to deepen its focus on customers’ needs, best models, and core markets, while also extending innovations across the Alliance at a lower cost.

As part of this strategy, Mitsubishi Motors plans to reinforce its presence in Europe with two new models, among them the New ASX based on Renault best-sellers, it said.

The Alliance’s product differentiation plan also entails a common battery strategy and a roadmap to jointly set up an annual battery capacity of 220 gigawatt-hours (GWh).

While Nissan and Renault have selected a common EV battery supplier (Envision AESC) for core markets, the Alliance said it is working with common partners to achieve real scale and affordability, enabling to reduce battery costs by 50% in 2026 and 65% by 2028.

“With this approach, by 2030, the Alliance will have a total of 220 GWh battery production capacity for EVs across key production sites in the world,” it said in a note on Thursday, adding that the three companies also share a common vision on all-solid-state battery technology. Nissan, based on its expertise in EV battery technologies, plans to lead innovations in the EV battery space for all Alliance members.

The Renault-Nissan-Mitsubishi Alliance targets mass production of solid-state batteries by mid-2028, and also plans to achieve cost parity with internal combustion engine vehicles by bringing costs down further to USD65 per kWh beyond 2028.