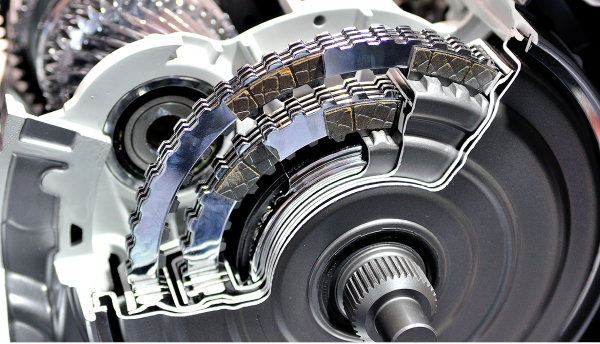 General Motors (GM) is planning to equip half of its 2018 vehicle lineup with at least one turbocharged option according to reports last week. The turbocharged portfolio will also include a 2.0L, 4-cylinder engine available in the Chevrolet Traverse and standard on the Buick Regal and Regal TourX. "Turbocharging is really an important technology. It's enabling smaller, really smaller engines, without sacrificing peak power or peak torque," Dan Nicholson, GM's vice president of global propulsion systems, was quoted as saying. However, he added that the technology will not be used across the board at once, instead GM will go segment by segment.

GM has started expanding its turbocharged lineup and is already close to having half of its vehicles run on a turbocharged engine. Compared with just 5% in 2010, currently 49% of GM vehicles are turbocharged. Many automakers are in the process of switching to smaller engines, which are equipped with turbochargers.

Turbochargers increase the engine's power and efficiency by forcing air into the combustion chamber using a turbine driven by the vehicle's exhaust gas. Such engines improve fuel efficiency without compromising on the overall power and torque output. The use of a turbocharger or supercharger can typically enable engine downsizing to around 70% of the capacity of a naturally aspirated (NA) engine with the same power output while providing about a 25% increase in fuel economy. According to IHS Markit forecast, annual production of vehicles featuring turbochargers is expected to increase from 33.5 million units in 2015 to 62.5 million units in 2022, representing a CAGR of 9% during the period.

The major turbocharger suppliers – Honeywell, BorgWarner, Mitsubishi Heavy and IHI – are looking to capitalise on the growth opportunities as other big suppliers look to make a move into the sector. New players Bosch-Mahle and Continental are together expected to take around a 6% global market share for turbochargers in 2017.

IHI Corporation is planning to invest JPY6 billion (USD54.1 million) in turbocharger production capacity expansion, especially in China and North America. IHI is planning to increase annual production at its plant in Illinois (the United States) by 100,000 units to 400,000 units. Close to JPY2 billion will be invested in Thailand and JPY1 billion in Europe to enhance manufacturing facilities. It will also invest over JPY1 billion in testing facilities. BorgWarner has also announced that it is supplying its regulated two-stage (R2S) turbocharging technology for Great Wall Motor’s new 2L 4-cylinder diesel engine. The diesel engine with the R2S turbocharging technology is being used in Great Wall’s Haval H8 and H9 sport utility vehicles (SUV), the first time that the technology has been used in a Chinese passenger car.

To ensure performance is not compromised, automakers usually use an exhaust-driven turbocharger, which has an inherent challenge of a delayed boost response, called turbo lag. To mitigate the turbo lag issue, twin-scroll turbochargers or smaller turbos are used; however, it still does not serve as a perfect solution. Simply put, it is difficult to ensure that a turbocharged engine delivers an immediate response of a naturally aspirated one.

In case of an electric supercharger, the main advantage is reduced turbo lag, which allows power to be used at lower rpm, thus paving the way for improved fuel economy. Since a turbocharger is driven by exhaust gas, it has a time gap between accelerator-on and turbocharger rotation starts. An electric-supercharger helps reduce this time gap. Therefore, it makes control of air-flow more flexible. This is good for fuel economy. The conclusion is that chasing performance and fuel economy at the same time is the biggest driver.

Engine downsizing is a critical technology for meeting future fuel economy standards because it offers reduced friction and lower weight. Furthermore, it is critically important that the engine operates at a higher speed (RPM) and efficiency point for fuel economy and CO2 reduction. Smaller turbos will be the largest part of the turbocharger market. Through 2017, IHS Markit forecasts the highest market growth for turbo- or supercharged engines in the 1.1L to 2.0L displacement range. Compared with 2011, global production of forced induction engines of this size is expected to almost double to 26 million units.