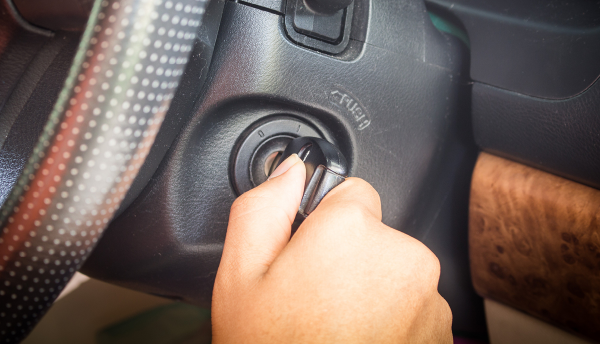 After double-digit growth in revenues in 2016, French auto component maker Valeo is aiming to further accelerate its growth in the next five years. Valeo recently announced its mid-term financial goals through to year 2021 where it is hoping to reach revenues of over EUR22.5 billion (USD24.2 billion) in 2019 and EUR27 billion (USD29.1 billion) in 2021, up from EUR16.5 million in 2016, which is a compounded annual growth rate (CAGR ) of over 10%. This is significantly more than the CAGR of 7.3% achieved in the last five years and also higher than what Valeo had forecast in 2015. At the time, the group had said that it will reach EUR20 billion by 2020.

A major part of this growth is expected to come on the back of new emerging segments, namely  electrification, autonomous and connected vehicles, new mobility services, and also from its operations in Asia. “By leveraging the growth opportunities in the automotive industry for electrification, autonomous and connected vehicles, as well as new mobility services driven by digital technology, Valeo is embarking on a virtuous circle of profitable growth underpinned by sustained research and development efforts and a selective acquisition policy, allowing us to strengthen our positions on the main markets as well as our technological leadership,” said Jacques Aschenbroich, chairman and CEO of Valeo, at the company’s Investor day 2017. 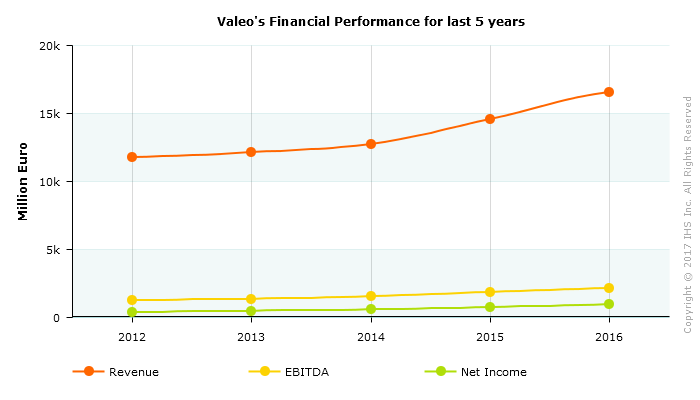 Valeo has been taking several initiatives in all the segments it operates in, including introduction of new technologies as well as joint ventures and acquisitions.

‘Powertrain Systems’ is the primary business unit Valeo is relying on to get the major chunk of the projected revenues. From being the third-biggest unit in terms of revenue, in 2016, Valeo is forecasting it to become its biggest revenue generator in 2021, overtaking ‘Visibility Systems’ and ‘Thermal Systems’. In 2016, Powertrain Systems generated EUR4 billion for Valeo. However, in 2021, the business is expected to double it up to EUR8 billion.

While electrification, both in low-power and high-power, will grow exponentially, smart engines and transmission solutions will continue to be the biggest contributor. This forecast is in line with many automakers’ expectations that electrification will catch up only closer to 2025, and until then, conventional engines with cleaner technologies will dominate.

One of the technologies in powertrain that could pick up for Valeo is the 48V systems, which Valeo calls the second wave. “Valeo is certainly set to benefit twofold as a consequence of increased rollout of 48V technologies across the majority of OEM portfolios to enable Fleet CO2 reduction – examples being E-Turbo but particularly Belt Starter Generator to enable mild hybridization,” says Graham Evans, principal analyst, IHS Automotive. “Adoption of stop-start technology in the Chinese market and, to a lesser degree (but very high growth rate), mild hybridization will also pick up.”

Number of vehicles with 48V technology

According to IHS, close to 23 million vehicles will be equipped with 48V electrical systems in 2020,  compared to 63,000 vehicles in 2015. Besides hybridization, the 48V system is also expected to be increasingly adopted for non-hybrid functions such as electric turbochargers, electric power steering systems and AC compressors.

The challenge that Valeo faces is that it is not the only player looking to corner a larger share of this segment. The development of this technology is closely followed by companies such as Continental, Schaeffler, Delphi and Bosch. Another aspect that Valeo will have to guard against is the faster-than-expected adoption of electric vehicles. “This could make investments in more conventional technology less profitable,” says Evans.

In December 2016, Valeo also formed a 50:50 joint venture (JV) with Siemens to offer a comprehensive range of high-voltage (above 60V) components and systems for all types of electrified vehicles (hybrids, plug-in hybrids and pure EVs), including e-motors, onboard chargers, inverters and DC/DC converters.

Currently the largest revenue generator, Valeo, sees ‘Visibility System’ as its second largest business segment in 2021, with revenue of approximately EUR7.7 billion, up from EUR4.6 billion in 2016. At present, Valeo offers lighting solutions and wiper systems under this business segment. Valeo said that in the next five years, generalization of LEDs and reinvention of wiper systems will lead the business in this segment, followed by technology to improve “experience of traveling”.

Thermal sector may see the lowest CAGR of all other sectors for Valeo at 7%. Up from revenue of EUR4.6 billion in 2016, the sector is expected to generate EUR6.5 billion. Electrification of cars will also play a role in the growth of thermal systems. Some of the products Valeo already offers include battery thermal management, heat pump system, electronically driven compressors (EDC). What we could see from Valeo are solutions that will work towards increasing range and reliability of EVs, using heat energy. A few competitors are already developing products such as Exhaust Heat Recovery System (EHRS) by Faurecia, where heat lost through exhaust is recaptured to increase vehicle efficiency.

In 2016, Valeo generated EUR3.4 billion in sales from Comfort and Driving Systems (CDA) business groups. The company expects the segment’s sales to increase to EUR5.5 billion by 2021, representing a compound annual growth rate (CAGR) of more than 10%. Valeo has already developed some solutions which enable partial automation in vehicles, such as sensors, including radar, cameras, sensors and laser scanners, and is now looking at addressing potential demand for more intuitive controls, greater connectivity and higher autonomy in future cars.

Looking at the production shift happening from western countries to Asia, Valeo has said that it will also follow the automakers and further increase its focus on Asia, particularly China. From 27% in 2016, Valeo is aiming to up the contribution of Asia to 37% in 2021 to its total OEM sales. It remains to be seen how the company will achieve this as, over the last five years, Asia’s contribution to the sales has hovered between 26% - 28%. China will lead the rest of the Asia with 20% share. Currently, Valeo has 29 production sites, 10 research centers, three development centers, one distribution platform and 15,000 employees in China.

Valeo has been active in China since the mid-90s and has significantly grown its presence in the country with mergers and acquisitions. The company has partnerships and JVs for most of the segments in China, right from lighting to powertrain and thermal. In 2013 Valeo opened four new plants in Shenyang for lighting systems, in Jingzhou and Tianjin for thermal systems and in Wuxi for powertrain systems as well as expanding bases in Wuhan, Foshan and Nanjing.

Not only production, Valeo will also shift a lot of R&D works to emerging and low-cost markets. In 2016, 46% of R&D work happened in low-cost countries, which will go up to 59% by 2021. This should help the company rationalize operating costs. Approximately 6% of total sales will be infused back into R&D efforts in 2021, compared to 5.8% in 2016.

While the company has said that it will follow a selective acquisition policy, the majority of the revenue is expected to come from organic growth. “The group is aiming to accelerate organic growth on the back of higher content per vehicle and a better product mix, to improve profitability and increase free cash flow,” the company said in a statement. Under its mid-term plan, it is looking to achieve average annual organic growth more than 7 percentage points above global automotive production, which it estimates will be 2.3% CAGR.

Assuming that the company is able to generate the cash flow of EUR3.7 billion, it will considerably strengthen Valeo’s position to expand production capacity for organic growth, and also look at more acquisitions for complementary inorganic growth.