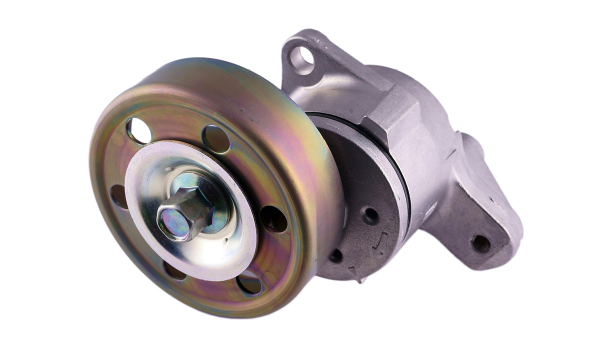 UK-based Society of Motor Manufacturers and Traders (SMMT) said on Tuesday (07 March) that its member suppliers are planning to invest GBP225million (USD326.7 million) over the next three years in their bids to increase local component manufacturers’ content in vehicles built in the country. In an online survey, which polled 112 of SMMT’s 220 supplier members, 79% respondents confirmed that they intend to invest in plant, machinery and tooling; 73% in skill and apprentices and 68% in new product development. About 68% members said that they plan to expand their workforce over the next three years. The automotive supply sector in the United Kingdom currently employs 78,000 people, according to SMMT.

“A strong domestic supply chain is critical to a successful automotive sector and we are confident that, with the right political and economic conditions, significant supply chain investment can be secured, delivering more jobs and growth,” said Mike Hawes, SMMT Chief Executive. Many of UK’s competitors have far larger and stronger supply sectors; however, continued government collaboration through organisations such as the Automotive Council will be critical as we strive to re-shore more supply chain work.”

The survey also revealed challenges the local supply chain is facing. Around two in five (41%) companies were concerned about the availability of skilled workers, apprentices and graduates. Other key concerns the respondents pointed at include exchange rate fluctuations (62%), competition from overseas (58%) and lack of visibility among purchasers (31%). In addition, respondents counted fluctuations in raw material prices (33%), energy costs (25%) and difficulty in securing funding or finance (21%) as other challenges grappling the local automotive supplier industry.

Significance: After struggling for a long time, the UK automotive industry has been witnessing strong growth in vehicle production in the current decade. According to IHS Automotive, light vehicle production in the United Kingdom reached 1.66 million units in 2015, recording consistent growth for six straight years, after hitting recent lows of 1.08 million units in 2009. IHS forecasts two further years of strong growth with production reaching 1.84 million units in 2017 before some moderation in production for the next few years. The local automotive supply chain, comprising more than 2,000 suppliers according to SMMT, is critical for the growth of the UK automotive industry. The local supply base has benefited from recent growth in vehicle production in the country. They have also succeeded in increasing local content per vehicle. According to a report by the Automotive Council that was published last year, about 41% components in UK built vehicles are sourced locally, compared with 36% in 2011. Now there are efforts from both the UK government and the industry to maintain growth momentum in coming years. According to another report by the Automotive Council, new business opportunities in the UK automotive supply chain are worth up to GBP6 billion.