The introductory stage of the Real World Emissions test has now come into effect. Supplier Business speaks with a leading automotive industry expert about how the testing will be rolled out and the impact on the wider market 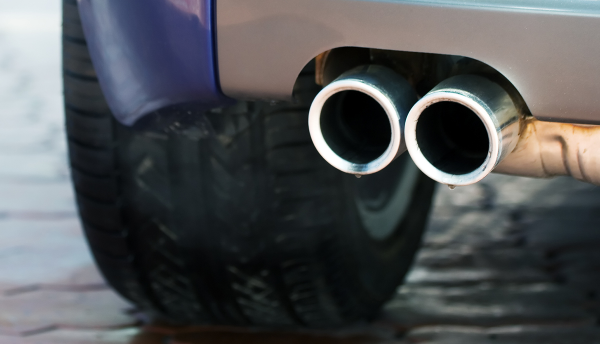 The much maligned New European Drive Cycle (NEDC), the standardized test used to measure vehicle fuel consumption, CO2 and emissions levels, is set to be replaced in part by the Real Driving Emissions (RDE) test. This will supersede the existing laboratory-based emissions test with a combination of laboratory and on-the-road testing which is expected to return more accurate data about levels of harmful pollutants produced during normal road operation.

The RDE test is the result of a process initiated by the European Commission (EC) in 2011. The working group of key stakeholders was put in place following findings made by the EC that saw ‘emissions generated by real driving on the road of Euro 5/6 vehicles substantially exceeded the emissions measured under the regulatory NEDC, in particular with respect to NOx emissions of diesel vehicles’.

Phil Stones is chief engineer, Powertrain, at Millbrook, one of the UK sites where the RDE tests will be carried out (MIRA will also offer RDE testing capabilities at its Advanced Emissions Test Centre in the UK). Originally owned by General Motors, Millbrook is now a wholly-independent automotive testing area used by most major OEMs, plus tier suppliers and petrochemical companies. Stones is directly involved with various areas of testing, including fuels (covering such areas as injector fouling), together with component and full engine calibration tests. In addition to a series of closed engine test cells, Stones is overseeing installation of a new 4WD Vehicle Climatic Emissions Chassis Dyno cell, used to measure emissions and fuel economy.

Stones says that Millbrook currently has 12 engine test cells and is adding four more, covering both light- and heavy-duty engine testing.  In addition the facility carries out climatic work in temperature-controlled areas which can range from +50ºC to -30ºC, testing engine emissions and peripheral systems performance at these extremes.

It is important to note that the RDE tests only cover emissions air quality and not overall fuel economy or CO2. The RDE test data is collected by Portable Emissions Measurement Systems (PEMS). In the past, use of these units has been limited to heavy-duty vehicles, as the considerable weight of the equipment was offset by the overall vehicle weight. The most recent systems are considerably lighter and are now being used for light-duty vehicle testing. Millbrook has systems produced by the three major manufacturers, Sensors Inc., AVL and Horiba. Despite minor technical differences, they are each calibrated to deliver equivalent results.

The RDE tests are being introduced by the United Nations Economic Commission for Europe under Regulation 83. Future vehicle type approval will combine vehicle testing on the chassis dynamometer (as before), plus the RDE test. “The chassis dyno will still be the defining factor, the benchmark. RDE is a conformity factor over a much wider operating range of the engine,” says Stones. “The [road] test will be conducted over 90 to 120 minutes on standard roads, but there are a lot of boundary conditions, including speed, order of speed, etc. Due to the parameters there’s a higher probability that a completed drive will not be compliant.  It’s not as simple as driving the car for 90 minutes, checking the emissions and dividing by distance.”

The so-called Package 1 of the RDE is now in effect. OEMs are required to complete the test to achieve vehicle type approval, but there is no pass/fail criteria. Type approval can be defined as the series of tests which confirm a vehicle can be legally sold. In the UK this is overseen by the Vehicle Certification Agency (VCA). Pack 2 is scheduled for introduction later in 2016 and will include conformity factors and dates when those outlined limits become mandatory. Compliance will be enforced from September 2017. Pack 2 will initially apply to new vehicles undergoing the type approval process – models already in production will have until September 2018 to achieve compliance.

Stones says that the reasoning behind the different packs was to allow EC voting on separate parts of the new programme to speed up introduction of the new test requirements. Later addendums will include Pack 3, which should take into account hybrid powertrains and cold starts (RDE testing based on Pack 2 criteria omits cold start data), while Pack 4 is expected to cover in-service conformity. No dates have been set for the introduction of these later packs.

The new combined RDE test could see models which passed the laboratory-only Euro 6b test go on to fail the new test, which will be referred to as Euro 6c. As reported, Stones confirms that laboratory testing and driving on normal roads has delivered widely variable results. Rather than deliver real-word numbers, he says laboratory testing was intended to deliver an all-things-equal benchmark results. This was supported by all accessory features (AC, heated windscreens, etc.) being switched off during the test.

“All ancillaries are off for the chassis dyno cycle, apart from daylight running lights, the car is at its most energy efficient.  This is because it is a consumer choice to turn on those devices. The test is run between 20ºC and 30ºC, but within that temperature range the air-conditioning would have to work that much harder if the [ambient] temperature was just two degrees higher. In the future the EC might decide to run tests where the AC is on and then the AC is off. But considering the matrix of energy-consuming devices, or even changes due to optional tire size, keeping the tests simple helps to reduce consumer confusion,” says Stones.

The RDE tests will be used to accurately determine NOx emissions levels, a subject widely covered in the general media. The Euro 6 testing required a 56% reduction in NOx output over the Euro 5 (based on laboratory-only tests) for diesel models, cutting output from 180mg to 80mg/km. This was a sizeable reduction, but due to differences between testing and real-world driving actual NOx output was considerably higher.

“The real-world trend has not had the same downwards glide path as the legislative limit; this was not the intent of the regulations,” says Stones. He goes on to say that existing technology should be sufficient to meet Euro 6c emissions, although it is “widely assumed” that this will require the use of NOx-limiting technologies such as urea additive injection systems (AdBlue), or similar. Models using diesel engines that do not yet feature the system will need developing, with the repackaging this requires.

As for models now on UK roads which produce real-world NOx emissions far higher than those reported in laboratory testing, it is highly unlikely they will be banned. Stones points out that current diesel MOT emissions tests in the United Kingdom are limited to a basic smoke opacity test, where a beam of light is passed through the exhaust plume and the received light level is measured. This does not measure the mass of the emissions or any other air quality pollutants, unlike the official certification process.