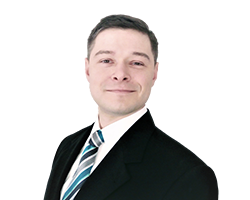 Edwin is a Principal Analyst with IHS Markit. He is best described as an enthusiastic self-learner although his bachelor’s degree in Physics was completed at the United States Military Academy. The automotive portion of his career started with bruised knuckles earned in doing performance shop work while he was still in the Army at Fort Bragg. He gained experience in materials at a material testing laboratory in Houston, Texas. Prior to his current position, he worked as a Mass Integration Engineer at General Motors on the recently launched 8th Generation Corvette.