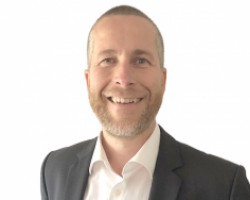 In 2019 Jeremie took on the responsibility for the new automotive E/E and Semi service at IHS Markit that oversees electronics/electric architectures and their implementation down at the semiconductor level. In both 2014 and 2015, he was recognized for his excellence as an analyst by awards from the MEMS & Sensor Industry Group, part of the SEMI Association. Since joining IHS Markit in 2010 he developed and led the automotive electronics and semiconductor practice for the technology team. When IHS Markit (now IHS Markit) acquired iSuppli in 2010, he held responsibility for the processing team and the automotive semiconductor practice. With the "NEXUS Market Analysis for MEMS and Microsystems" published in 2005, he pioneered market research for automotive sensors. In 2000, he had co-founded Wicht Technologie Consulting (WTC) in 2000, where he was heading market research for MEMS & Sensors until its acquisition by iSuppli in 2008. His career in technology transfer for sensor technology began at the German office of CEA-LETI. Mr. Bouchaud is a graduate of the Munich University of Applied Sciences and of Ecole Supérieure de Commerce of Grenoble. He speaks German, English and French fluently.